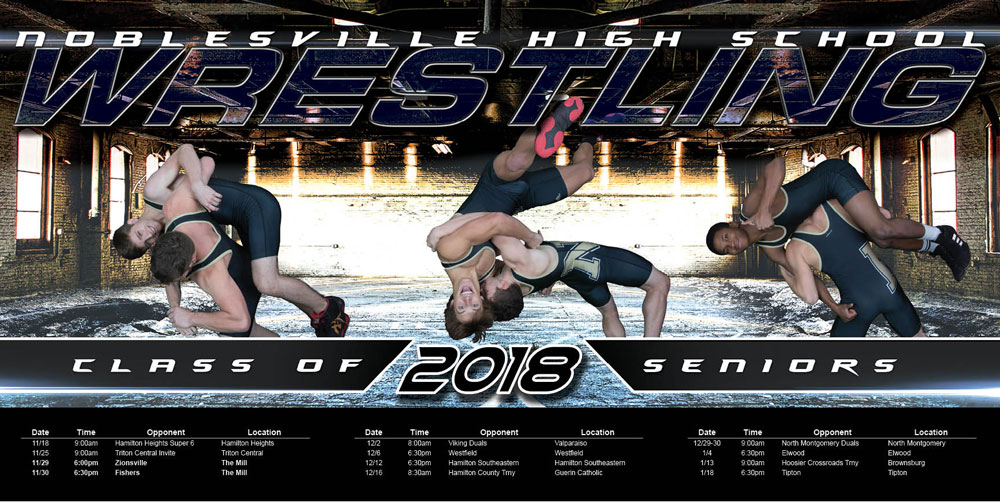 Hi! Here is some behind the scenes look on how I created the composite wrestling photo for Noblesville High School Wrestling. Wrestling, in relation to sports photography, has a disadvantage for pictures as there is really no extra gear, ball, goal, etc to use as a prop. And if I were to stick with the status-quo on pictures for wrestlers…it would be guys standing in the crouched position looking into the camera. Which is an option, but the guys wanted to do something a little more action oriented. Luckily I had them covered! Last year I made a purchase of a large crash mat that is used for pole vaulters. I have used is a million times for baseball, tennis, etc players to jump for a ball and to have a safe and soft landing. Perfect! We covered the mat with a green screen, and set my lighting system to action and we were good to go. I won’t get much into the lighting system for this, but the system I used is specific that it has settings and recycle times that are faster and made for stop-action photography. But as you can see in the group of images below, I was able to have the guys throw each other onto the mat and get several consecutive stop-action photos of the series.